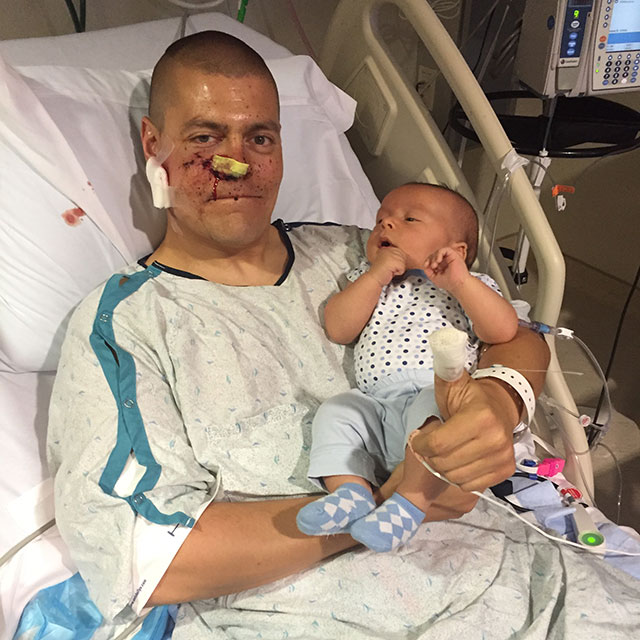 Mike is proud to have been born on the same month and day that D-Day took place, a date in history when so many brave American Soldiers fought for a cause greater than themselves and many gave their lives. The Biblical significance of this date is that God created man on the 6th day and by the end of the 6th day He had completed His marvelous work.

Mike was born and raised in southern York County, Pennsylvania, where his family and friends surrounded him with love and support. He was baptized in Christ as a baby and again in his youth.

Working the fields of the family farm developed his strong work ethic and physical toughness at a very young age. Mike’s high school sport’s coaches would further help to strengthen and prepare him for the physical and mental trials he’d face in Army basic training.

Mike has spent the majority of his adult life helping and protecting others with over 23 years of combined Military and Law Enforcement service. 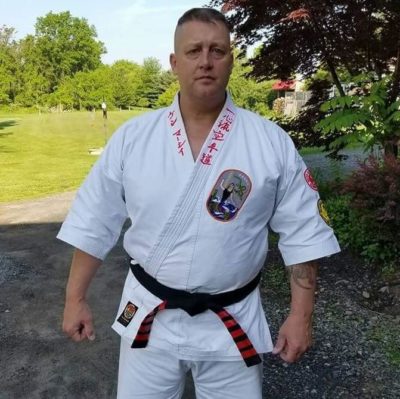 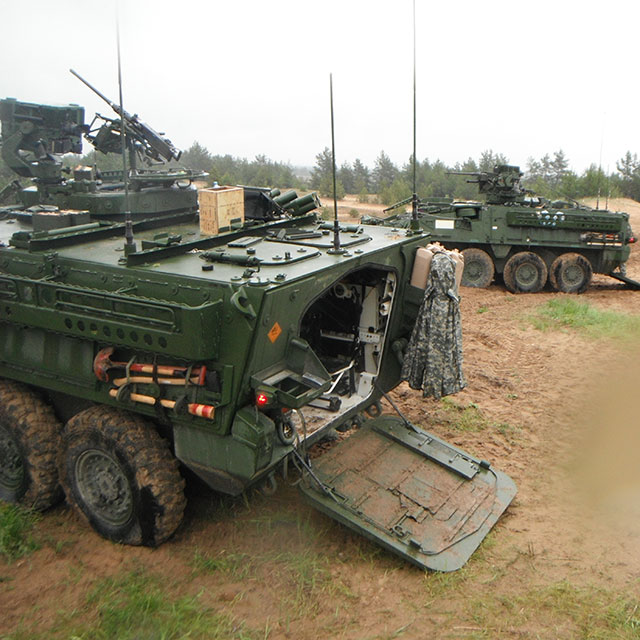 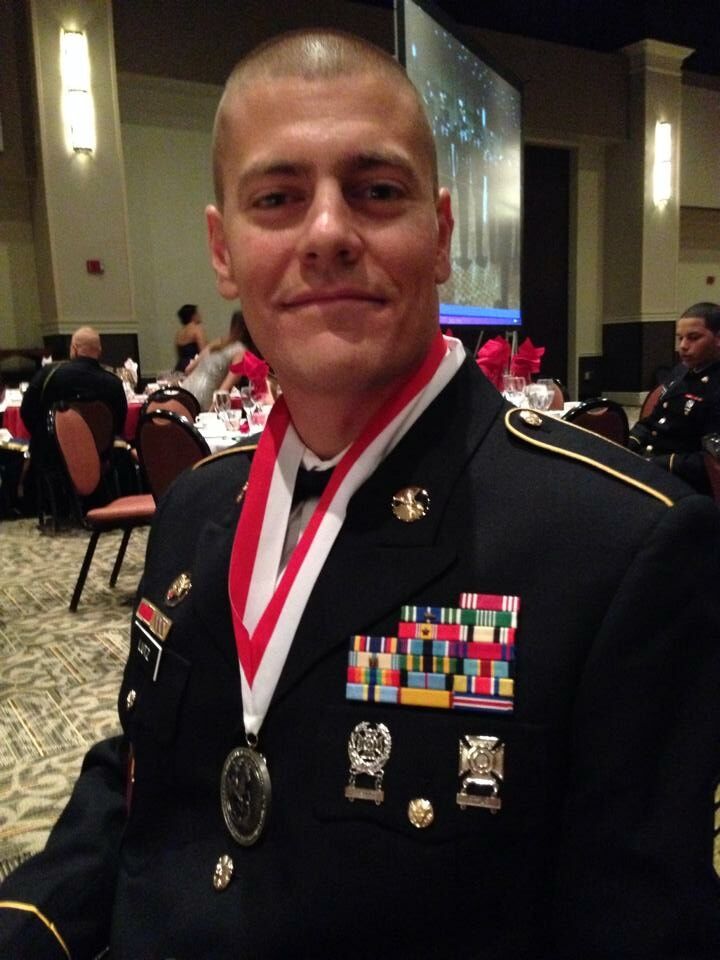 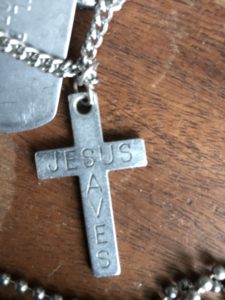 Mike believes in God our Creator, Jesus Christ our King and Risen Savior, and Angels who are ever present in our lives.

“For when you were baptized in Christ, you were raised to new life because you trusted the mighty power of God, who raised Christ from the dead.” Colossians 2:12

June 9th of 2016 was not the first time Mike has experienced divine intervention. He can account for more than a dozen times God has intervened in saving his life.

Mike is a proud husband and father. His youngest son was just nine weeks old on the day he nearly lost his life in the Line of Duty. Mike’s children are his pride and joy, and inspire him to be the very best version of himself that he is able to be. 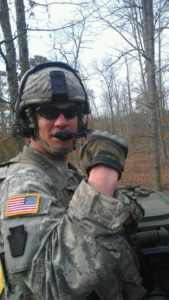 Inspired by his grandfather Richard “Pop” Smith and his service in the Army during WWII, Mike enlisted in the Pennsylvania Army National Guard in 1999. During his career, Mike served as a 12 Bravo Combat Engineer – explosives and land mine warfare, 96 Romeo Ground Surveillance Reconnaissance Operator – ground insertion and extraction to locate enemy movement, and finally as a 19 Delta Cavalry Scout – reconnaissance and target acquisition. He held positions as Gunner, Dismount Team Leader, Squad Leader, “acting” Platoon Sergeant, and Lead Scout until his discharge at the rank of Staff Sergeant in 2014. Mike’s favorite job was training and mentoring soldiers. He loved his soldiers and always put them above everything else.

Mike is a Veteran of Operations Enduring Freedom in 2002 and Iraqi Freedom in 2008. In 2005, his unit was activated immediately following the devastation of Hurricane Katrina where they provided food, water, medical aid and security to the citizens of New Orleans, Louisiana. In 2012, Mike was sent to the Country of Latvia in support of Operation Saber Strike. There, Mike was a tactical instructor to the Lithuanian infantry who were preparing for deployment.

In September of 2014, Mike was knighted into the US Cavalry’s Honorable Order of St. George.

Mike has been a member of the American Legion Post 0001 located in Paris France, since 2002. 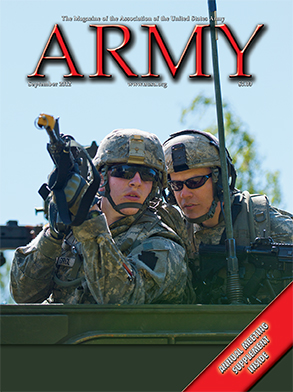 Mike with one of his “Warrior Soldiers” SGT Hunter Grol, on the cover of the United States Army magazine. 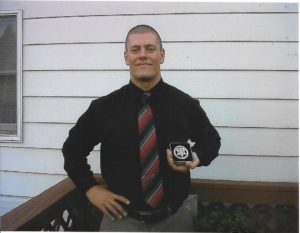 Mike completed the Pennsylvania State University’s Deputy Sheriff basic training program, where he was the President of his graduating class. He started working for the York County Sheriff’s Office in 2011, where he became a Criminal Response Unit Officer. 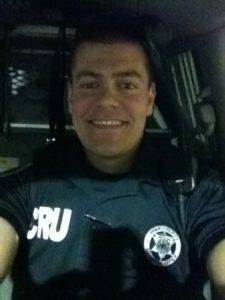 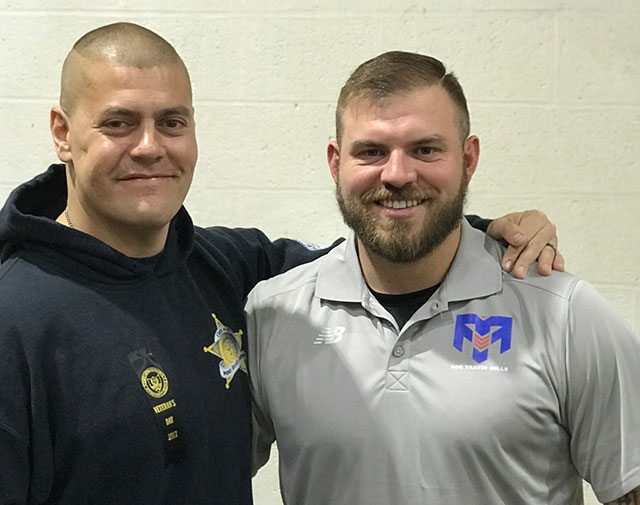 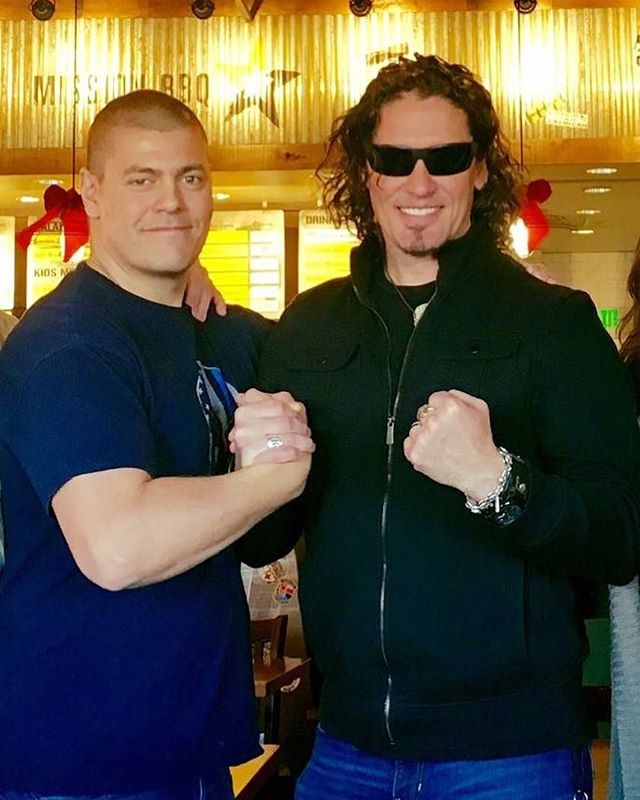 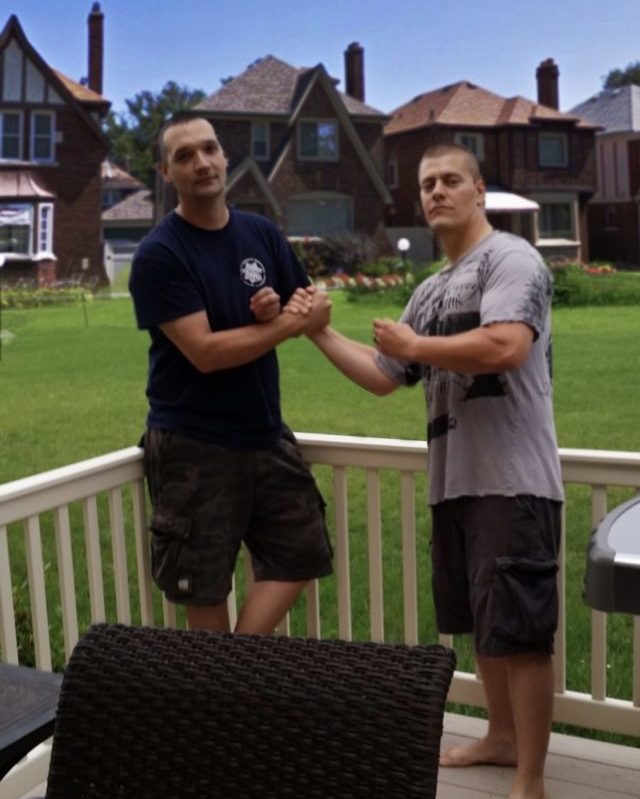 Brad Britton, one of Mike’s closest friends, and his wife Missi are the creators of our Team Logo. Their design was inspired by the “Spartan mindset”. The shading in the helmet separated by the Thin Blue Line represents bringing hope to wounded Officers during their darkest hour.

“And there will be signs in the sun, the moon, and the stars. On the earth, nations will be in turmoil, perplexed by the roaring and tossing of the sea. People will be apprehensive of what they see coming upon the earth, for the powers in the Heavens will be shaken. At that time they will see the Son of Man coming on a cloud with power and great glory. When these things begin to take place, stand up and lift up your heads, because your redemption is near.” Luke 21:25-28 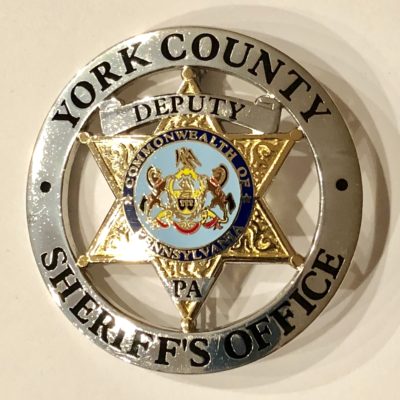 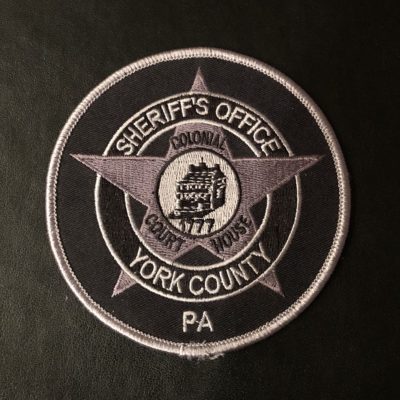 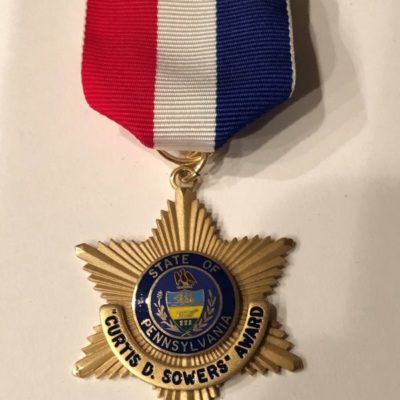 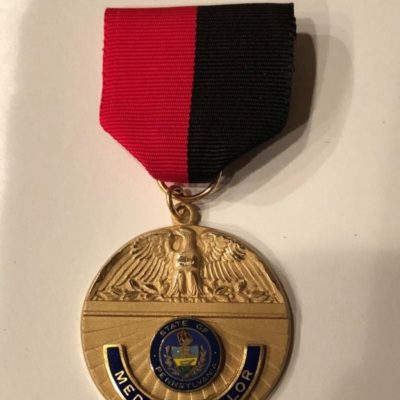 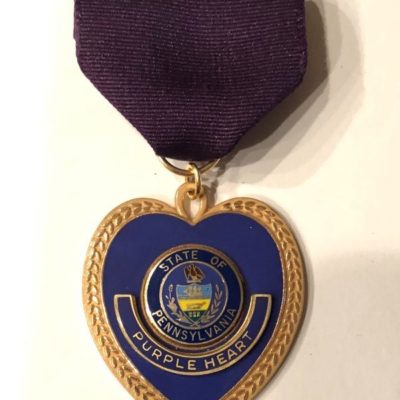 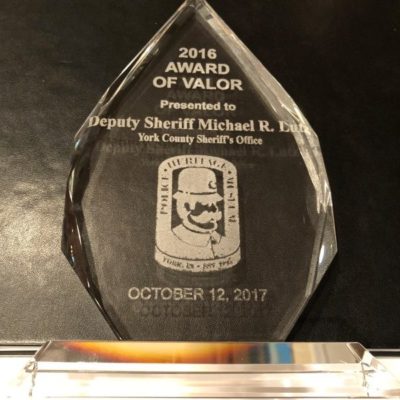 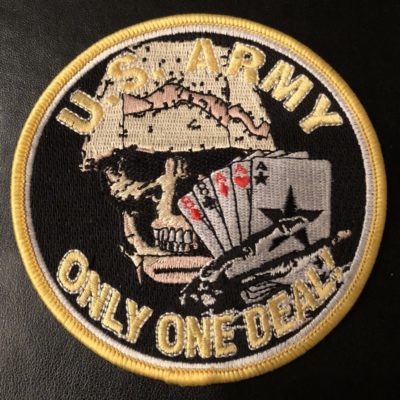 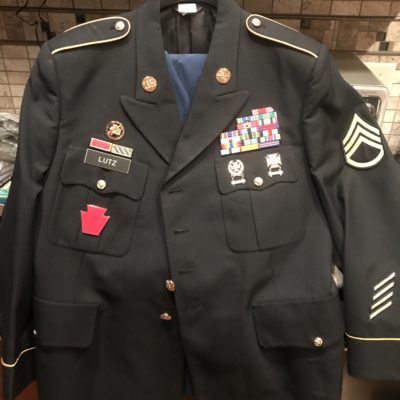 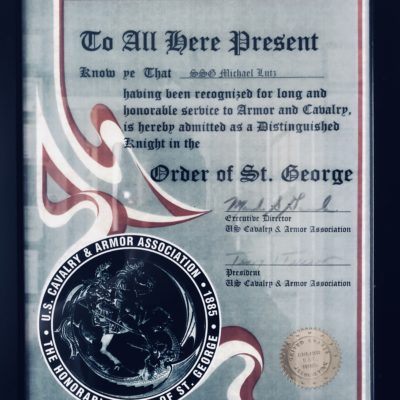 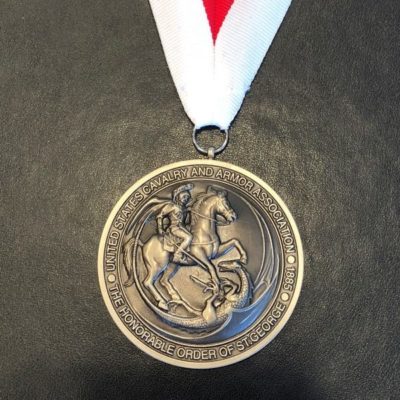 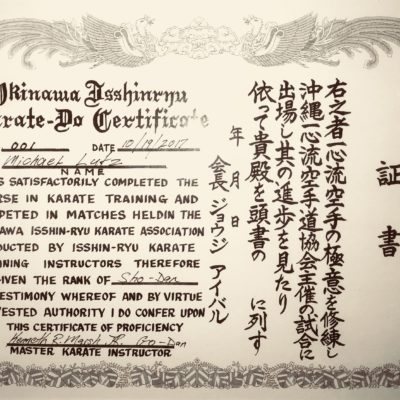 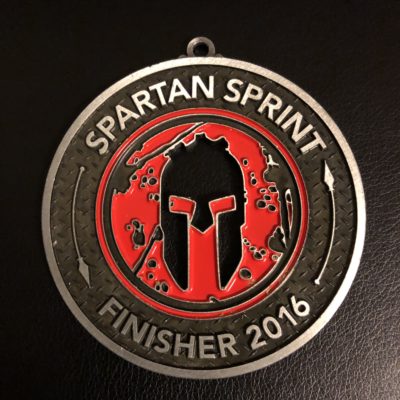